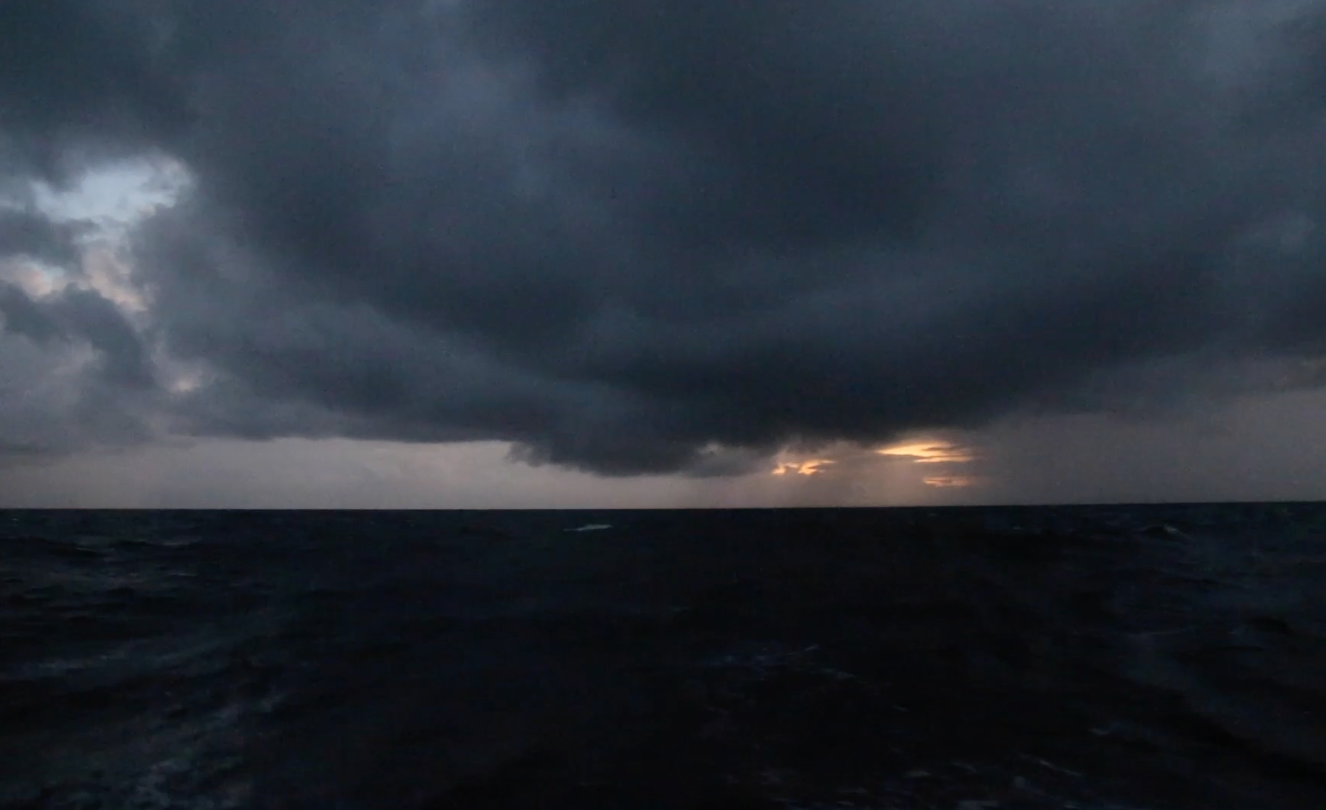 VENEZUELA – I am actually writing this about 100 miles off the island of Los Roques, Venezuela.

We left Trinidad and overnight sailed to Grenada to pick up a part before heading towards Venezuela on a 2-3 day sail. We were very rushed.

It was the day that we would leave again, set sail and be free. I can’t remember the last time I was this Happy. We had arrived to La Vagabonde about 5 weeks earlier and had completed a whole list of jobs onboard and also sailed down to Trinidad to install a water maker. We had been busy, I mean 10 hours a day, frustratingly busy. Mosquito ridden, humidly frustrated. The despondent, succumbing kind of frustration rather than burning fire kind. We were set to leave though now and were happy with the shape La Vagabonde was in.

We had woken up that morning in Grenada on a mad rush, jumped in the tender and headed into the restaurant/wifi area at Grenada Marina and hunkered down for a couple of hours. When I deemed I was no longer being productive I checked us out of the country whilst Elayna continued editing movies. Workhorse. Customs was there but Immigration wasn’t and we were to meet him at 4:30 that afternoon. We walked extremely briskly to the bus stop but managed to thumb a ride. Elayna shotgun, myself in the tray of a truck it turns out that with all these years wearing a seatbelt I hadn’t learned what the locals had who were in the tray with me. After the truck sharply breaking before some lights and myself being scraped off the back windshield of our truck I held on tight like everyone else was. Elayna later notified me that the driver was high and smoking a ‘fat doobie’ at the time.

We needed to upload a movie and having previously uploaded a movie in St George, Grenada, we knew that this was the only place upload speed was good enough that we could get it done before we were due to leave that afternoon. Rushing into the internet cafe, Elayna did her thing whilst I dashed to the shops to start the mega food shop incase there were no supplies in Los Roques. Movie uploaded, shop done, taxi home to meet immigration in the nick of time (4:30), food at the restaurant. We hadn’t had time for lunch Elayna proclaimed at some point of the day and I begrudgingly conceded that if we were to get there she was probably right. The sun was starting to hang low in the sky as we flew in the tender back to La Vagabonde. I looked at the channel markers. We still had to get the outboard and tender secured away onboard, put the shopping away and if we were lucky a shower would be nice too.

On a mooring ball in Grenada Marina, sun setting in the distance. We were leaving in a hurry and Elayna feeling a bit under pressure suggested we leave tomorrow morning, I eventually made the (wrong) call and said we were to leave.

I had made 2 mistakes, the first; I miss judged the speed we would travel at, the hull having been re-painted adding about a knot of speed it seems and as soon as we were away I knew we were headed for a nightfall arrival in Los Roques. The second was being dictated to by circumstance rather than weather. It seems this is a lesson I will never learn. We should have left a day earlier and not worried about uploading the movie, a day later was not an option as there was going to be a system moving in with very poor weather in a couple of days time that we needed to beat to Los Roques. Noting all this I sat down and realised that I didn’t care at all. I was in my yacht again and sailing, Elayna felt the same I could tell and despite our earlier tiff we were soon actually dancing and singing onboard. And I mean it, well at least I was, singing and saying really bad jokes with an overwhelming sense of joy.

That was the busiest day we had had in a very busy 5 weeks. I used to work away, offshore, Oil Rigs, construction etc. Sometimes at work these dorky looking engineers would appear with a stopwatch and actually time what you were doing. Like that wouldn’t piss of any human being in the world being timed by a bespectacled on-looker whilst you are sweating away working as fast as you can. That day, had one of these gentlemen been present, stopwatch in hand, we would have given him an erection I’m sure. I intend to spend the next week in Los Roquas in the sun and free diving (depending on ear infection). Yeehah.

As we rolled out the headsail, which is all we use going down wind on La Vaga in trade winds, a squall came through which was to be the first of nearly a dozen during the trip. We accidentally turned off navigation which zeroes the statistics for the trip including highest wind speed before I could check but I’m sure we had the highest wind I have encountered yet. We were just lucky we were heading with it. I read on the instruments 42 apparent during the squall and we were doing 8-9 knots but this would only have held out for 5 mins or so and the waves were holding their formation rather than crumbling and hadn’t had a chance to form into monsters yet. The ocean was a mess, white streaks of water and foam everywhere but La Vagabonde was holding course as we had seen the dark clouds coming early and had rolled in most of the headsail. I can honestly say that we were not in the least concerned, I didn’t even get too wet as I kept an eye on things from the companionway.

The first night was almost sleepless for me but I caught up the next day and as the weather cleared up conditions were nearing perfect and we were making extremely good time.