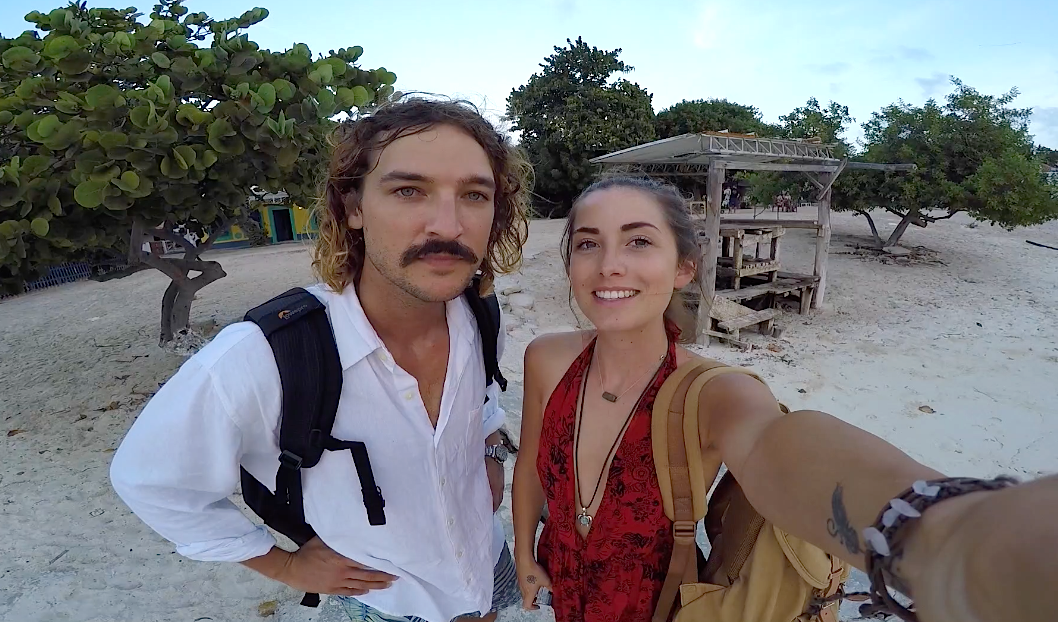 Because of the mix up with the time I had allocated for our Grenada to Los Roques crossing we were due to arrive at night time. We decided to try slow down a little and even found a reef that Elayna could free dive to waste a couple of hours. Elayna jumped in but was definitely a little hesitant as we were in the deep blue. I dragged her behind La Vaga for a while (trawling for sharks) whilst she kept an eye out for anything fishy. Nothing around so we dropped out the headsail, turned off the engine and sailed into the night.

Los Roques has a large rocky mountain on the outer edge that we were to round before making our way to the anchorage. I reduced sail as I was concerned once again of wind acceleration, the foreboding rock looking like it might cause some. No acceleration and as we rounded the northern face and made our way south we found a dead patch and furled in the rest of the headsail. Approaching at night is always hairy and on Navionics there was a marking for buoys, these turned out to be gigantic buoys for refuelling ships rather than for us to tie off too but served as an indicator that we were where we thought we were. As we motored on a little we saw all the familiar bobbing lights indicating a field of Yachts. We dropped in behind a couple of Catamarans and the anchor caught second attempt beautifully. I think I was asleep before Elayna had attached the rode.

We woke early and approached another vessel hoping to get the goss on the area and in particular the price as it looked on paper like it might add up to $580 US. We found out it was more like $200 for 15 days and as I am writing this on day 5 we have only payed about $1.20 so, I don’t know, they might sting us on the way out? The lovely people at Nellys helped me sort out the outboard and the genius mechanic proved himself worthy of the task and the $10 or something he charged. The outboard and tender are both really important to Elayna and I as a safety device and also as a basic means of transport so we were really really happy to get that finally sorted out. Imagine kayaking back and forth the weeks groceries to the boat when it is blowing 20 knots. Some people do it.

Los Roques is a top spot, you can party in gran roque and get very basic supplies infrequently, fuel your not really supposed to buy but it can be organised through locals and costs like a 10$ for 40L of diesel including the bribe, there is an airport and this is where you come to check in or do anything really. From here there are dozens of islands, mostly deserted, that also happen to make brilliant anchorages. We are excited to check them out! Francis Cay, Sebastopol, Crasqui, Noronqui and Cayo de Agua are some of the ones that we want to check out, but that will be next week on SAILING LA VAGABONDE!!!