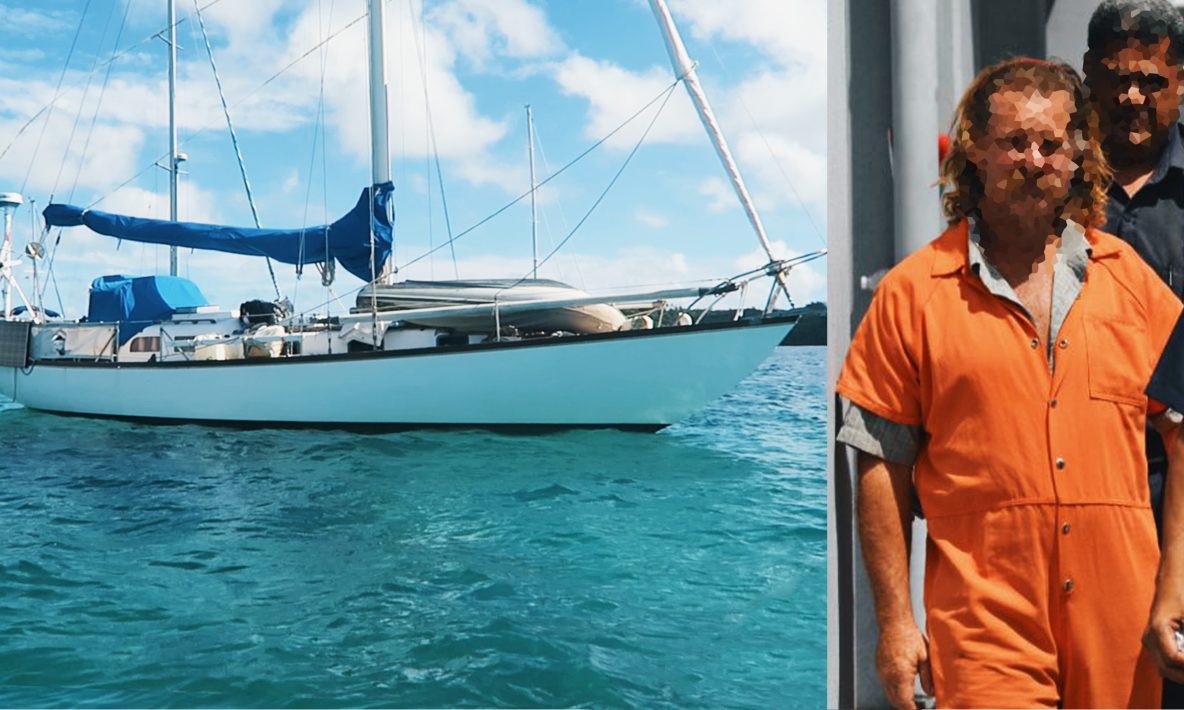 An abandoned, creepy looking yacht called the ‘Sea Oak’ that was covered in security tape, was anchored right near La Vagabonde in Neiafu – Vava’u, Tonga. The captain of the vessel, Dean Fletcher, allegedly killed his wife onboard in July of 2016. He was placed in a Tongan jail until one night when he escaped his cell, swam out to his yacht and took off. The most action packed event the police have ever had to deal with in these quiet islands in the Pacific! With some pretty chilled out days for us on the water, we decided to follow the story up. Detective Elenita and Riles are out for now. Enjoy!

Man on Trial For Murder Flees our Anchorage by Yacht! – Full Report

As awful and sad as this story was, you don’t come across this kind of action a lot when you’re spending most of your days sailing in quiet, remote locations. So Riles and I did a bit of investigatory work…

One evening in July 2016, there was a boat named ‘Sea Oak’  anchored in Neiafu Harbor – Vava’u, Tonga. Reports say the couple onboard (Dean Fletcher, 54 and his wife Patricia Linne Kearney, 58) were on their way home on the tender when the pair started yelling at each other. Not before too long, the argument became physical and they began fighting. Witnesses from nearby yachts say they saw Dean assaulting her on the dinghy. In the morning, the lady wouldn’t wake up. Reports say he took the body to the police and he told them that his wife ‘fell down the stairs’ on their yacht while she was intoxicated. An autopsy established the deceased had suffered what appeared to be severe bruising to her body.

Mr. Fletcher was arrested and thrown into jail while the ‘Sea Oak’ was seized and impounded. 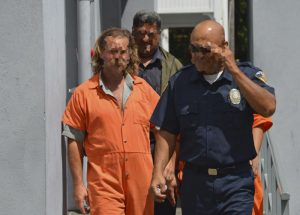 The prison system in Tonga is quite an interesting one and we’ve heard a lot of chatter amongst the locals and sailors about it. There is no cafeteria system and it is up to family or friends to bring the prisoners food. I was really surprised to hear (this is just what we heard, and this cannot be confirmed) that Dean was actually the only prisoner kept in Vava’u and was often left alone… with the key to his own jail cell! So he would walk about the streets in the late evenings and return at a certain time in the night to lock himself back up, as ordered by a guard/guards. Now again, I don’t know how much of this is true. But what we DO know is that on the night of September 29, Dean Fletcher escaped prison, swam out to the Sea Oak and set sail in the early hours of the morning.

While Riley and I were anchored in Neiafu Harbor that same night, we awoke to our pal Dave from S/V Starry Horizons telling us that after hearing some unusual talk on the VHF that morning, he quickly discovered what had happened while we slept. After a 5 hour stand-off with a Tonga Police Search and Rescue boat, the team was forced to pull out of the pursuit of the Sea Oak due to the fact the Dean had fired several flares at the small boat and threatened to set fire to it in the northwest Vava’u waters. Mr. Fletcher was believed to be holding a bottle of benzene liquid. Dean got away and went missing for a few days.

He was soon spotted and captured in Pago Pago harbour, 321nm North of Vava’u trying to fuel up his yacht. A lady had spotted him and tipped off police. The last we heard he was taken back to Tongan custody.

Pick up some official La Vaga merch and help support our journey!

FAQ
What cameras do we use?
BIG CAMERA
HANDY CAM
GOPRO
DRONE
What software do we use?
iMovie