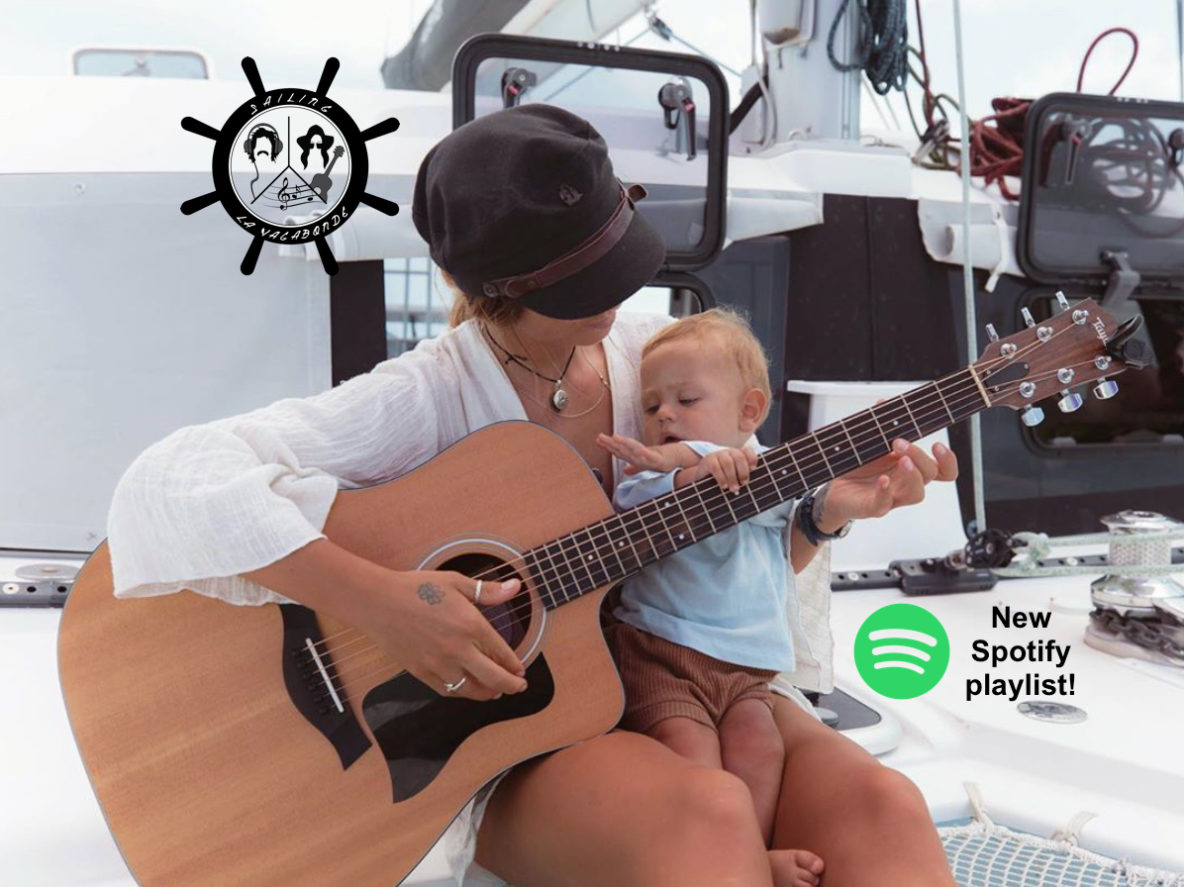 The music featured on SLV is courtesy of musicians from around the globe, thank you to each of you for helping us make SLV possible.

Have a look below to learn a little bit about our friends and follow the links for more info!

We have social media, follow the links below to stream the music featured on SLV and check out our new Instagram for updates.

I am Soyuz is a multi-instrumentalist and singer-songwriter based in Stockholm, Sweden. Inspired by folk and pop influences, Soyuz writes bouncy, feel-good songs full of cheeky metaphors that suit her silky-sweet vocals.

Having travelled extensively throughout her career, Soyuz reflects on journeys through places like Mexico, Texas and New Orleans, all the way to the North Pole where she spent time living in a horse stable.

Neutral, melodious and catchy sounds carried along nicely by a wide range of instruments characterise the music of Soyuz. Layered amongst ‘double-take’ lyrics are the banjo, ukelele, clarinet, guitar piano and many more.

Check out her new debut album ‘Whipple’ on Spotify.

The emotional ebb and flow and a rangy vocal delivery that runs parallel to dynamic musicianship makes for a sense of curiosity and anticipation, the climactic conclusion of songs a final release and relief for the impassioned tension preceding.

The overall musicianship of Wild Oak is compacted by the bands interpersonal chemistry, as vocals ride along on music worthy of its weight. Instrumentals fit snugly together and like a well designed jigsaw puzzle, vocal harmonies soar at the right moments. Emotional and dense music with the potential to be volatile is held together by a rock-steady drum beat.

This experience shines through in his lyrics, deeply personal relationship reflections and expansive, insightful tales evoke a sense of joy for life.

Musically, Hoogenboom brings sounds together with a light and airy feel. Well placed harmonies tickle amongst a tight and rythmic band ensemble, music that brings a sense of inspiration.

Circlelight underwent an overhaul in 2018, with new songs and a new approach to writing, taking the band in a direction more conducive of their values and ethos. Hard work and honesty underpin the music of Circlelight, a mirror to the content of their music.

As an added bonus, their 2019 album ‘Ties and Struts’ is a well produced slice of musical-chill heaven.

Airy and expansive music floats and allows for contemplation. The musicianship is humble and allows Emanuel’s vocal to thread and play thoughout each song.

Stripped back bass lines and lo-fi garage sounds underpin the style of Getgogetter.

Basement-lab quality recordings sound like a soundtrack to summer. Catchy lyrics stick in front of the often pulsing rhythm.

“If you like Kings Of Leon, The Black Keys, Alabama Shakes or maybe even the Beach Boys this could be the album for you…”

Sen’s vocal melodies are a standout; pensive and yearning to allow the musical soiree to unfold with a karaoke-style confidence.

Beneath the vocal charm, a bright musical composition pushes a driving rhythm. Bass lines walk a tightrope of standard drumbeats and other instruments introduce themselves sporadically.

HUFRIK writes a delightfully lazy blend of indie-surf music and has been releasing it like a drip-feed since 2017.

HUFRIK’s Sound is mostly soaked in reverb, creating a mellow and relaxed atmosphere where words and individual instrument notes aren’t a high priority. More so is the feeling of lazy, beach-time pleasure evoked through the music.

HUFRIK’s music sounds mostly as if it is being played in a hall, echoes bouncing throughout the building, however, the drum production stands alone as tightly composed and well produced.

Sounding like the stripped back and downtempo younger brother of ‘The Drums’, Hufrik hits the indie-surf niche at a similar angle.

Songs are characterised by the voice of a down-tuned electric guitar, speaking above the crash of jazz-style drums and a walking bass line.

Although nodding to the darker spectrum of music, an ethereal side of consciousness is revealed when given the chance.

Listen in for layers of chaotic guitar voicing that throw so, so much shade and takes you into Jimmy’s deep lair of music.

Joe Kaplow is a singer/songwriter from Santa Cruz in the U.S.A. who spends his days writing earnest, folk and blues-inspired stories.

Kaplow has a talent for building sensitive tension in his songs, as the intonation of sounds reflects against the raw emotion described through the lyrics.

Many instruments are picked up throughout Kaplow’s songs, including a vintage harmonica, the banjo and appearances from the tambourine. Kaplow’s songs shine through his vocal delivery that inspires a sense of empathy, while holding heart-felt ballad-style lyrics.

Joe’s 2019 debut EP ‘Time Spent in Between’, is a peek into a life of travel, relationships, cathartic musings of the past and self-reflection.

Jordan Merrick is a Blues/Americana singer-songwriter from Brisbane, Australia, who writes melodic campfire ballads infused with bold metaphors that describe the complex spectrum of human emotion.

Merrick’s music remains fresh on every play and is dense with unique content. Poetic lyrics describe imagery in vivid detail, as his musings evoke a sense of nostalgic familiarity.

Merrick’s tale stories are backed by solid musicianship, the acoustic guitar taking the fore, with appearances from the harmonica that offers a tonic. Intricate finger-picking and jangly chords do not detract from the story-telling focus of each song, rather setting a cushion for Jordan’s caramel voice to sit upon.

The winner of multiple awards including the Gold Coast Music Festival’s ‘Songwriter of the year’ and ‘Song of the year’, Merrick remains humble in his success. Having released two full length albums, Merrick’s hard work was recognised by Australian radio juggernaut ‘Triple J’, with air-time on the station garnering national attention.

Merrick is currently crafting his eagerly anticipated third album in the Blue Mountain bushland, due to drop any day now.

Maxwell’s music flows fluidly, tracking along with sensible progress. The acoustic guitar forms a bright foundation for his vocal, capable of a delicate softness and alternative high range power when called upon. Maxell fills out his sound with the addition of piano, harmonica, stringed cameos and the addition of vocal harmonies by his friend Keeley Connolly.

Although his music is generally upbeat and elicits feelings of positivity, the stories Jordy shares detail his sensitivity to loss and his battle with crippling depression and anxiety. Despite experiencing harrowing lows, Maxwell is a strong advocate for seeking help and support from both professionals and loved ones. Jordy’s songs often detail themes relating to the ocean as a place of respite and fulfilment, offering a sense of balance.

His newest album comes on the back of a successful EP and several singles, including the popular ‘Blue Eyes’.

Lachlan Ross is a young creative from the beautiful coastline of South-West Australia, who writes and records acoustic music.

Ross’s 2018 single ‘City Lights’ is a sombre take on thoughts of departure from current circumstances and feelings of helplessness, revived by the hope of being home soon.

Ross’s energy aligns with that of friends like Ziggy Alberts and past SLV contributors Michael Dunstan and Jordy Maxwell.

Having spent most of his upbringing in regional Australia, his style developed to characterise that of his environment, laid back and relaxed.

Dunstan’s latest release, ‘New Normal’ is another account of personal experiences, its relatable message taken up by fans.

The Riverside was founded by husband and wife duo, Jacob and Lorien Jeanson. The band consists of friends from California and Texas who have playing folk and country music dialled in.

The band works as a family, using their close dynamic to sensitively adjust sound levels to suit moods, while sharing a single microphone.

Storytelling aside, his music is well produced, the acoustic guitar cutting through the mix with a mellow, smooth tone.

Swedish singer-songwriter Simon Alexander fashions a dense and enjoyable soundscape. Mesmerising guitar rhythms weave in and out of time as Simon hammers each tone down like a nail to a floorboard.

Vocal harmonies detail solidarity while at times sounding like the result of consecutive nights shooting whiskey at the local dive bar.

Keep an ear to the ground for Simon Alexander and be sure to check out his debut EP, ‘Won’t Be Found’