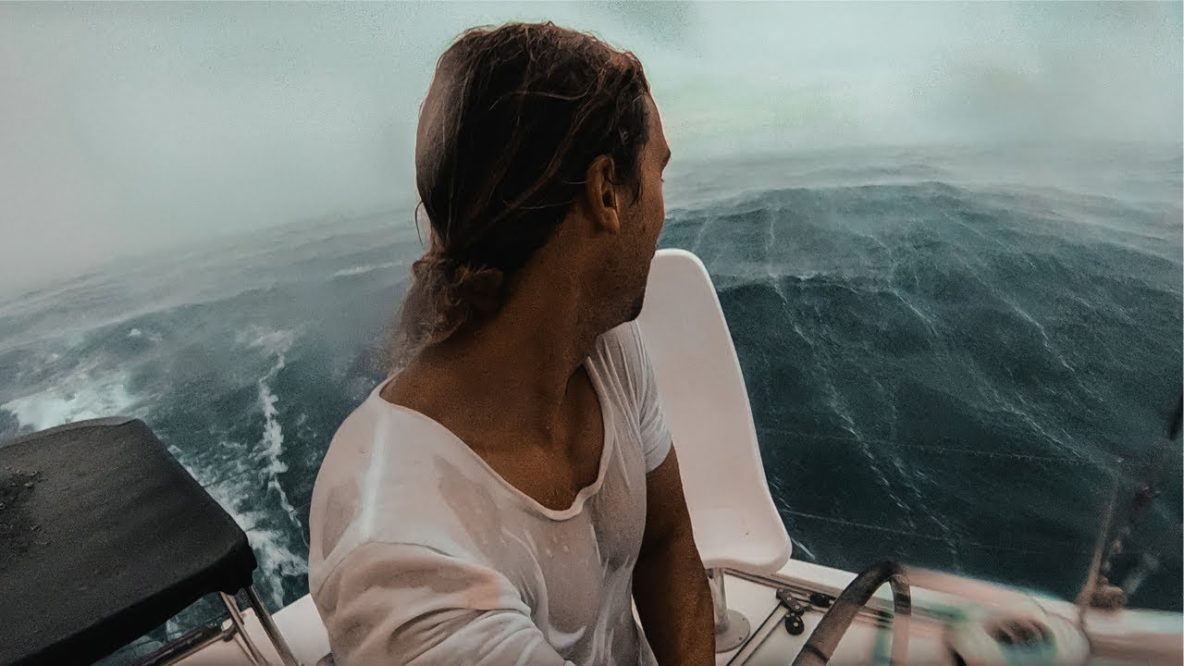 Now I’m predicting a bit of blowback from the title of this video. You should see me grinning. No it isn’t technically a “weather bomb.” It is the biggest recorded change in wind speed that I have personally encountered though and I was caught with the main fully up. The old boat wouldn’t actually record the numbers and I was always frantically running around pulling ropes so I never could actually tell. This particular one came out of no where and was fierce. You will see what I was doing at the time in a phone-call home to Elayna in not tomorrows episode but the one after if we do indeed upload one every day live I’ve been saying we would.
I would argue that it isn’t strictly clickbait, that is more like showing a womans bottom and making a video mostly about changing a car tyre. This is more like when you catch a fish and tell people it was bigger than it was. And so but I am mindful of all the old sailors out there whos bad weather experiences on the water would be diminished by some punk running around with misleading titles on his youtube channel and so this description will serve as both an apology to any people affected and will also be for “the record” whomever is keeping that.
Riley.